Germany and Brexit: eCommerce Under Fire

Developments in Brexit are changing on a daily basis. As long as there is no agreement, we can only speak of “as is”. But that does not mean that retailers and entrepreneurs should not make plans. On the contrary. German online retailers need to think what does Brexit (which accounts for 30% of international online flow of goods in Germany) mean for them.

Customs could be expensive

When Dyson announced earlier this year that their head office in Great Britain is to be relocated to Singapore because of increasing Far East business, the outrage was great. This is because Sir James Dyson, the founder of the vacuum cleaner brand, is one of the most prominent Brexit advocates.  If hard Brexit really becomes reality, a seller of Dyson vacuum worth 400 euros would have to add import duties 159.30 euros (excl VAT). This price could make even some die-hard Dyson fans to change brands. This is because in the case of hard Brexit prices above 150 euros would be subject to customs taxes.  And German customers of UK online stores would still have to consider import tax of 19 percent for products with value of up to 22 euros!

UK at the forefront of online goods flows

If hard Brexit is to become a reality German retailers like Trustedshops.de expect additional costs of up to 15 percent.  But that does not just apply to goods imported from the UK as in Europe a large portion of e-commerce is cross-border –  Handelskraft.de highlights that 54 percent of all online shoppers buy at least once from a cross-border website (2017 data)

UK is way ahead and accounts for almost a third of all shopping baskets ordered by EU citizens internationally. This is no wonder, because with an average of 7.5 days, an insured DHL package from the  non-EU country Norway takes two and a half times longer than from the UK.

For European online sellers, the consequences would probably be very small, especially since the British government has just announced that in the case of hard Brexit, tariffs of British imports are set to drop to 87 percent (Spiegel Online).

The European Commission has published a customs guide with Brexit checklist for companies in several languages . It states, inter alia, that economic operator status (AEO status) should be requested separately if necessary. In addition, companies should also check that they have the adequate human and technical resources for customs matters and IT systems.

An even more comprehensive 37-pages long Brexit guide for online shops in German can be found at Webinterpret from France. For example, it raises the questions of “whether we expect a post-Brexit doomsday mood” and whether e-commerce sellers should be worried about post-Brexit legislation. “Probably the challenge on Brexit is not the Brexit itself, but the uncertainty it brings with it,” it says. But online retailers should learn to act better, not just react, and, whatever Brexit fails, look for suitable solutions. Webinterpret’s Brexit guide concludes: “For growth-oriented online shop operators, the most sensible option is to take advantage of current volatility and pursue a proactive approach to future plans. If you own an online shop … do not let it subside, let it grow! ”

Important in all this is that online retailers also have to keep customers in mind.  Waredock is a fulfilment network with warehouses and SKU-level fulfilment partners in both Europe and North America.  Retailers and merchants can now sign up to try out new locations for lMMEDIATE product placement. Waredock was founded in 2018 and  is available in several European countries. Alternatively, you can schedule a call with our regional manager today. 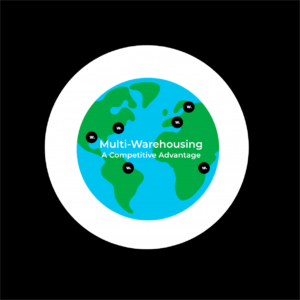 Multi-warehousing allows customers to store goods in different warehouse locations and still have a single point of contact who takes end-to-end responsibility for services. When order is placed, the fulfillment

Fulfilment or Fulfillment – What is the Difference???

Do you speak British or American English? Depending on your answer, you may differ on which spellings you favor. In short, fulfillment is an alternative form of fulfilment. Below we shortly discuss the use

Monetize Your Spare capacity or Expand Reach with Our Distribution Infrastructure